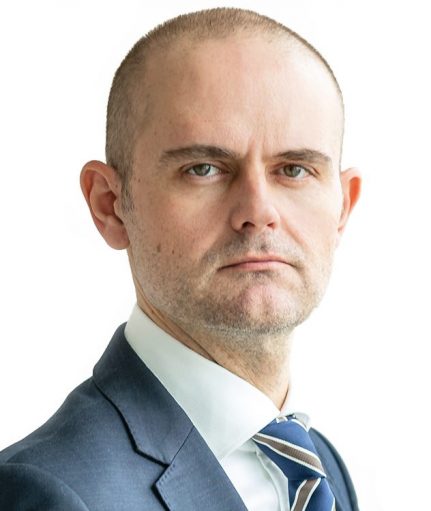 The current situation generated by the novel Coronavirus COVID 19 is getting more and more serious and fluid and per consequence its impact on the already fragilized Romanian economy starts to take a higher toll than anyone could have imagined a couple of weeks ago.

Since all the actors in the legal business profession are relentlessly bombarding clients with technical updates and newsflashes regarding the measures taken by the Government to ease (or appease) the life of SMEs or to protect employees affected by the emergency shutdown of non-food/non-essential economic activity, perhaps a step back and taking a broader perspective is necessary, to avoid missing the forest when looking at the trees, as the saying goes.

The measures already taken by the Government are twofold – on one hand, the military executive ordinances in order to prevent the expansion of the virus (limitation of travel, closing of borders but also closing of all non-food and non-pharma trading facilities) and on the other hand the measures taken to alleviate the adverse effects of the first type of measures on the economic environment. While such measures are stringent and necessary, they are not, by far, enough to provide a sense of comfort and convey trust to the business community, resembling more to a sea captain patching holes in his ship while water bursts in the opposite direction.

The measures taken through the Decree 195/2020 (instating the emergency state) and completed by Government Emergency Ordinances 29 and 30 from 2020 are pointed, firstly, to protect the employees of the businesses shut down by the emergency state, then to ease the pain of the employers (small and medium enterprises), by providing enhance state guarantees for their credit facilities and last but not least to ensure that pensions and other indemnities to those in need continue to be paid. Yet, this is only a narrow part of the earthquake affecting the economy, as while the small / medium trades can adjourn or postpone the payment of utilities and even of rent (an important regulatory injunction in the contracts between the landlords and tenants), the SMEs may find themselves in the wake of the crisis with a heavier burden than expected, as they will have to pay not one, but two or three months of rent, months during which they did not have any income, due to the general shutdown. Hence, this gift received from the Government may turn out to be poisoned, even without any intention from the legislator.

As in the Chernyshevsky’s famous novel from 1863 that eventually lead to the Russian Revolution, one may ask– what is to be done? A true entrepreneur (as most of the SMEs are founded by people with risk taking spirit) should ask not what the Government feels like providing today or tomorrow, as an omnipotent czar, but what themselves can do to make the situation better. For start, the Government did not and could not provide what happens in each and every lease agreement, other than to ease the burden of proof for force majeure or even to turn it temporary into a true legal presumption. Further on, up on the dependence ladder, the landlords are in their turn bound by credit facility agreements concluded with financial institutions, which in their turn should answer to their prudential regulator, the central National Bank. Or, the payment of the installments due as per these contracts have not been suspended or adjourned, risking therefore that a boule de neige of financial blocking build up fast in the economy and truly paralyze everything, even after the temporary emergency state is lifted.

All of these affected undertakings have employees, who have their own debts, either to financial creditors (such as banks or leasing companies) or to other creditors (educational entities (tuition fees and expenses), utilities providers). The latter have their own creditors and so on.

Some of us who are old enough to remember can recall the financial blocking that occurred in the long and painful transition period from state run economy to market economy in the late ‘90s and also the harsh measures taken to clear that blockage, mainly through set-offs and forgiveness of debt, as well as privatizations made for 1 Euro or similar. Unfortunately, the incoming crisis impact shall be many times harsher, as now the whole global economy is affected, not only the national or regional economies and there are no more state-run colossuses to privatize and no more EU countries with healthy economies where the workforce could emigrate.

In normal times, those who do not raise at the height of the expectancies of success, in business, are forced to submit to winding up or, eventually, dissolution and liquidation proceedings, leaving only the healthy players in the market. Now, the in-court restructuring or liquidation system will definitely not be able to cope to the huge number of potential failures, leaving the only chance of recovery to out of court negotiations, involving all the categories of players.

More intervention from the providential State (as the initiative to suspend the payment of the credit installments) shall prove to have iatrogenic effect (i.e. shall do more harm in the intention to make good), as experts in the field are forecasting a country payment failure in case such measure is adopted.

The answer to the question what is to be done lies, thus, with each and every player in the economic field, who should be aware of the consequences and reach a compromise with all its clients and suppliers, so that the economy still works, as crippled as may be after the storm of the emergency state passes. In other words, it would be foolish for one category of players to believe they cannot be affected and that only them will be spared, so that they could thrive in spite of others’ doom. No one is or will be spared, so everybody should sit down and settle, in good faith, new contracts, adapted to the new situation, or everybody is going to suffer.

The contractual solidarity principle may become more actual than ever, on a wide scale. This means that I have to help you to help me and vice versa. Obviously, within a likely damage control scenario, each party has to be prepared to waive to something to avoid losing everything. Needless to say that all of involved actors have to be guided by reasonableness and they have to act in good faith.

As always, business lawyers are there to help, either in negotiating the contracts or in restructuring the debt so that the perspective of insolvency or bankruptcy is eliminated or at least mitigated. In particular, RTPR, shoulder to shoulder with its clients, shall play its part in the recovery of the economy after the emergency state is lifted. Because in every hardship there is a grain of opportunity, needing to be seized.